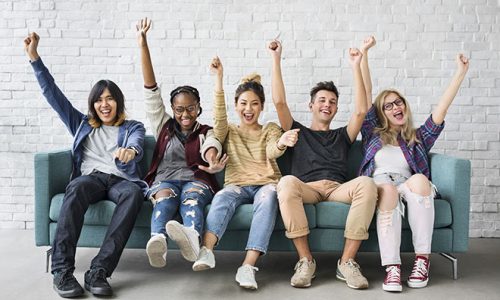 We all can agree that in this new generation, the teens in our family or neighborhood nowadays are adventurous, self-driven, and adaptive. Mental health in the young adulthood stage focuses mostly on their difficulty handling mental health experiences and environmental factors. This is a crucial period for adolescents and children, which is why they need to have optimal physical health as well as mental health in order to build resilience and strength to tackle anxiety, depression, stress, and other mental health disorders.

Young people act as if they already know what to do with their lives because they usually base everything on their experience, not paying too much attention to youth mental health conditions or even physical health. This is why encouraging and supporting youngsters to learn more about youth mental health challenges is essential and significant.

There are certain things these youth can’t seem to handle in their physical health, more so their mental health. Their decisions fail them to the extent that it leads these children and adolescents to self-destruct and often suffer from poor mental health. That is the reason why a youth mental wellness expert or mental health therapist wants to point out mental health challenges and warning signs. Learn more about adolescent and children’s mental health and emotional development here.

Abuse Among The Youth: The Problems They Face That Affect Their Mental Health

One of the primary problems that the youth is facing is abuse. There are physical, emotional, mental, and sexual to be exact on the list. Most of these categories seem often hidden. In unfortunate events, some of it gets viewed and heard by the community as a norm. And what genuinely hurts is that these young people are to blame for the cause of these abuses.

People justify their actions in destroying young people by pointing out that the child deserves a beating, they know nothing about emotional control, they don’t get fully affected mentally, and they need to have a sexual experience. “Many people who suffer from sexual abuse or sexual assault can also suffer long-term effects from the abuse,” shares John M. Grohol, Psy.D.

Issues Faced By The Youth

If there is one thing that children and young people would wish never to experience, that is bullying. All the physical and mental health torments in constant bullying are unavoidable, and they must know how to recognize signs of bullying and have sufficient education on prevention strategies. There is no escape from the emotional and mental health torture. The unfortunate part is nobody can seem to identify the issue, whether physical or mental. A lot of youths ignore physical beating, verbal harm, and even online threat. These people appear stuck in the belief that the youth is not capable of harming other young people like themselves.

But the truth is, if there is a will of delivering damage to others, all are capable of such devious acts. “Bullying is not only isolated as a problem among children and students in schools but also affects adolescents and adults as well,” Kristen Fuller, M.D. wrote. That is the reason why they must be given optimal importance and support, as suicide is tremendously common among these generations.

Ultimately, mental health is negatively impacted by alcohol and drugs.

Youths are open-minded and adventurous. But when these youngsters feel out of control, they believe that as adolescents, they can do anything mentally. That is the reason why the youths often use drugs and alcohol as a validation of their confidence and youth mental wellness prowess. These youngsters picture themselves as adolescents who are free and independent. They are now allowed to try even the considered worst influential practices.

The youth feels entitled to their rights, they would not care about what young adults and older people would tell them. 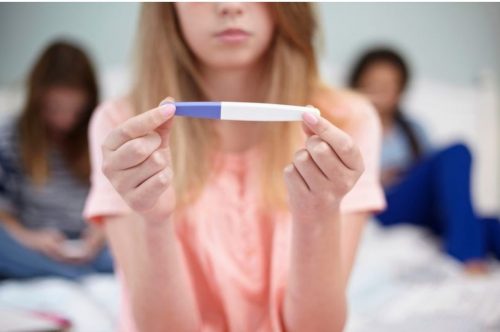 Well-Being And Mental Health Care Of The Youth

The problem with psychological health is their early openness to sex.

Perhaps one of the most controversial things that young ladies are experiencing is teenage pregnancy. There are lots of problems associated with its outcome, especially youth mental health well being.

Yes, we can all agree that the youth deserves a chance of finding and standing up for themselves.

But the mental idea of allowing the youth to accept the responsibility will only make them realize everything that revolves around it is a burden. That is the reason why the majority of individuals in the young adulthood stage have a higher risk of ending up in irresponsible youth parenting.

Since society and families are now allowing the youth to have their own lives and now considering their actions as part of community development, these youngsters are more unrestricted.

The thing that separates them from the other individuals is the youth’s peer pressure. It is where some young individuals are getting forced to blend in with society by other young people around them. It often looks like freedom, but it is entirely a provocation of what other bad influence people would want these youths to follow.

It is the youth’s mental health conditions that scare nobody. There is the belief that emotional and mental health disorders don’t entirely matter because the youth are more capable of resolving them within a period. That as long as these youngsters are willing and motivated, they can handle the emotional and mental health challenges. But what people don’t know is that these youngsters do not get exempted from any kind of damage. The truth is, they are the receivers of the whole of it.

Self-harm is the case where the youth find themselves craving attention. “Research reports one in twelve teens, mostly girls, self-harm and ten percent of them continue to deliberately harm themselves well into adulthood,” stresses Raychelle Cassada Lohmann Ph.D., LPCS. It is the youth’s way of saying they are not okay and that people should help them. But the problem with society is their blindness toward what is happening inside and often only looking at the youth from the outside. There is no consideration of trying to get to the root of their emotional issue and often judge these youngsters for physically harming themselves.

The most underrated issue that people don’t want to talk about, not unless it already happened. It sucks that society’s way of approaching mental health disorders is beyond everybody’s frustration. That even if these youngsters scream their lungs out trying to ask for help, nobody would recognize them. But when life is gone, the irony begins. People will suddenly become emotional and mental about the loss.

Observe and listen to our young people.

Our youths are not invulnerable. As adults, we must help, encourage, protect and motivate youngsters to overcome their issues in life, especially mental health difficulties. We should do all the efforts to be an example or role model to them.