There are people who are good at constantly complaining about everything around them or what we also call a chronic complainer. Oftentimes, we instantly don’t want to be around them. 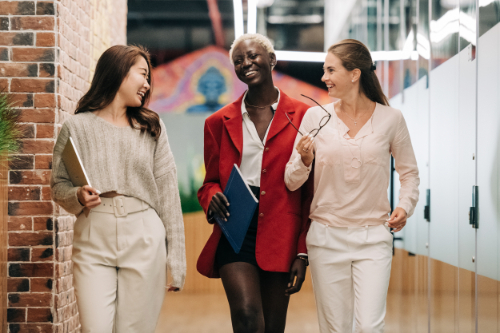 Source: pexels.comWhen I became a licensed psychologist and counselor, my brother dealt with me to visit his company once or twice a year and assess his employees’ mental behaviors. It was set to be an informal setting where I could go through various departments, talk to them during breaks, or even chat them up in the hallways. The goal was to know how they felt about their jobs, projects, and even coworkers.

During my first few visits, the employees were a bit guarded about their words and emotions. If you must know, many of them saw mental health professionals as no different from law enforcers. They knew that I could see through their lies and that my presence could cost their jobs. But once I established that I was there to help them and not snitch on them to their big boss, the employees grew to trust me and sometimes even confide their worries to me.

I believe that’s one of the small but vital reasons why the company managed to hold on to as many good employees over the years.

When A Potentially Bad Apple Mixed With The Good Ones

In my brother’s company, they accepted part-timers and interns at any age. My brother did not care if the person was fresh out of high school or was almost as old as our mother as long as they were willing to learn and be good to the other employees.

On my previous visit, I met an 18-year-old part-timer named Jane. She did not know who I was and assumed that I was a senior employee from another department. She was nice and sweet once we talked, and then I asked her how her first month was at the company. That’s when a slew of complaints flooded my eardrums.

“Well, you know,” Jane started, “I am still learning everything, but I have a hard time dealing with different managers here. They all have different techniques for doing their jobs, and I was expected to learn all of them. I mean, why can’t they pair up one manager per intern so that my life would be easy here?”

Uh-oh, I thought. Out loud, I asked, “Can you elaborate more about this issue?”

“You see, one of the managers like to provide video presentations to explain what they wanted to be done for a project. Another manager would give me all the materials without telling me more about it. Then, there’s another one who wanted to set up a meeting with everyone before the project started.”

“I hear you, but I don’t see what’s wrong with any of them. Isn’t it good that you have managers who are doing all these things to ensure the project’s success? And if they cannot do that, they still give you everything you may need to complete it,” I said.

Jane sighed dramatically. “Yes, but why can’t they write everything down so that all I would have to do is read what I’m supposed to do? It takes a lot of time to watch presentations or go to meetings or learn things by myself. I could have used that time to start the project already.”

I realized right there and then that Jane was a chronic complainer. Complaining too much is that it is technically not a mental disorder, but it can be brought about by childhood issues or lack of confidence. Instead of admitting that a task is challenging for her, Jane blames the managers who are merely doing their jobs in the best way they know.

So, I told Jane, “If you must know, I am a licensed counselor and psychologist. I cannot resolve your issues regarding your managers – you may have to take it up to your supervisor – but I have an office here, and I would love to accommodate you this afternoon. We can talk more about your issues if you like.”

Of course, Jane seemed surprised by my revelation, but the possibility of complaining some more to a willing soul was attractive to her. And that’s what I would do – listen and sympathize with Jane because there was no other way to handle a constant complainer. But when Jane arrived and repeated the same stories about her managers, I had to ask her why she had not done something about her issues already. She had no response to that.

“Sometimes, problems remain as problems because we do nothing about them. Things may get better if you speak up during work,” I advised.

I was no longer shocked when I did not see Jane anymore on my next visit. That’s how constant complainers usually worked – they’d be excellent at airing out their issues, but they were awful at heeding suggestions.

What’s my advice to all the young individuals who want to succeed in life? Please don’t be like Jane.